Some time ago I came up with an idea to move some folders on a Windows computer to another (bigger) drive. From that moment Corel (CorelDraw or Corel PHOTO-PAINT) welcomed me with a message:

Please reconnect the device that has the file is location, or choose a new folder. In the meantime, content will be saved in the Corel default location. You can move the content after the file location is restored.

END_OF_DOCUMENT_TOKEN_TO_BE_REPLACED

Chinese software development company  – e2esoft is publisher of iVCam application. Software website link: https://www.e2esoft.com/ivcam/
It is made of smartphone app (Android or iOS) and for computer (Windows 7/8/10). It is allow you to use smartphone connected to WiFi network (the same that computer is connected) as webcam device.
Some time ago i sent Polish translation, but instead they put own translation (that isn't bad). If you would like to use the one i prepared, you may download this file: strings.xml.
To make it work just put it inside "resource" directory, where software is installed (default C:\Program Files\e2eSoft\iVCam\resource) overwriting file that is already there with the same filename.
This file is prepared for version 5.3.5 of iVCam.

I've been using Windows 10 for some time now, and despite the update I occasionally had a problem with the Start Menu. It just did not work sometimes. It turns out that one of the system's services is responsible for this. In order to help other people with this problem, I present below a way to solve it. 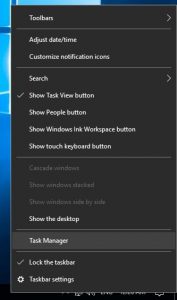 When the Task Manager is running, you must switch to the full information and function display mode by pressing on "More details". 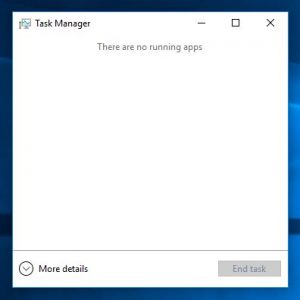 After this operation, the Task Manager will enable us to run a registry editor by using the File \ Run new task (left side of the top). 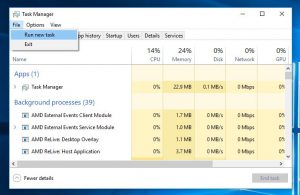 In the window that will appear, just type a regedit and press enter (or mouse click OK). 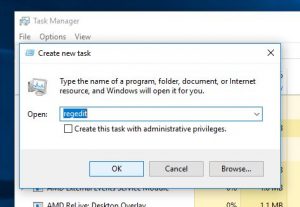 Then we have to find and change one of the entries. Expand the branch in the registry editor from the left panel:
Computer\HKEY_LOCAL_MACHINE\SYSTEM\CurrentControlSet\Services\WpnUserService

Then close the registry editor and restart your computer. From now on, the Start Menu should work properly.

The moment has come when I had to purchase a new version of operating system – Windows 10 Pro (64-bit version) because of my work.

First impressions after installation:
– start up quickly
– seems to be more responsive
– after installing the system (from scratch) it has a lot of unnecessary programs (like games, spotify, onedrive)
– problems with the USB 3.0 controller from VIA (which I repaired manually by installing drivers for Windows 8.1)
– has installed drivers for the graphics card, sound, etc. by itself (comfortable)
– waits for an external USB drive to start during the start (better if it is working in the background)
– microphone boost does not work for a USB webcam with a built-in microphone (in Windows 7 worked without problem), here typically an error on the MS side that does not want to fix it (although it is more likely that it does not know how to fix it)
– built-in antivirus (but unfortunately quite slow, and broken down, after detecting the threat and pressing the action of repairing does nothing)
– the start menu did not work for a moment, after the installation of some update started.

In general, there are a few advantages and some disadvantages. Well somehow, unfortunately, we will have to move around. As for me, problems match the BETA version rather than the final product.

I recommend:
Dentist at Zgorzelec
Hand made decorations
DSLR