Those computers do not have FDD (and it’s normal because not many people use them today). But to upgrade BIOS on this laptop we need DOS mode. So without FDD we have to prepare special CD/DVD disc that will have access to the SATA harddisk in laptop, that usualy got NTFS filesystem on it and it’s not easy task :)

That’s why i have made special CD image, that you only have to burn on empty disc. Then it is possible to start computer with such disc and the whole upgrade process will run automatically.

WARNING – In this version of BIOS there are problems that make laptop unstable & give problems with VT has been found. It is recommended to use BIOS version 1.18 instead, that can be found below. – WARNING

Instruction:
1. Files is compressed with WinRAR 3.71 software (recommended this version or newer to extract), before burning file to disc it must be extracted from the compressed archive.
2. Burn the file onto CD disc (not as file, but as image used for burning, in nero 7 express it will be: Image, Project, Copy >>> Disc Image or saved project). We record the disc using DAO system (Disc-at-once – related for software that support choosing of recording system).
3. Unplug all USB devices from all ports (they may freeze at upgrade time).
4. Restart laptop with disc plugged in the DVD drive.
5. When “Phoenix” logo will show on the screen press F12 button to the moment when boot source menu will appear.
6. Choose DVD drive from menu.
7. On the screen it may appear (Press any key to boot from CD) – then press space button.
8. The disc will start. Proceed with the text that will appear on screen.
9. After BIOS upgrade process will end, the laptop will automatically turn off, please do not touch it to the moment when it will start again itself (about 20 seconds after). 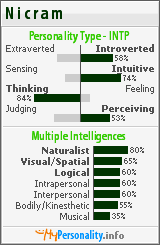